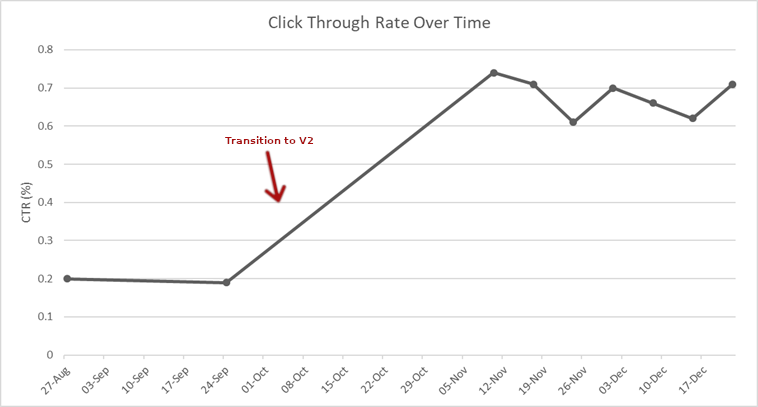 Change in CTR over transition from V1 to V2

We are now starting development on the meta-learning engine which will allow the system to adapt its recommendation approach for each request according to the context. We hope this will lead to recommendations being more useful and more varied. We are looking to integrate the system into many more platforms in the coming months.

The Mr. DLib V2 web service is implemented using Python Flask and content based filtering is provided by Apache Solr as in V1. Responses from Mr. DLib V2 are delivered in JSON instead of XML, but still use the same endpoints as Mr. DLib V1. Check out the example below to try out the new system:

This site uses Akismet to reduce spam. Learn how your comment data is processed.